When my parents asked me if I wanted to try to complete my DNA analysis last year I was excited! I had been doing personal genealogy research and been relying on family word of mouth for years.  I scoured misspelled names on census records and squinted at 1800s script hand writing to exactly pinpoint all the countries of origin from my family.  It is a time consuming process.  So with my career change in 2017, finding past the immigrants was just going to have to wait.

Then, all the guess work was made easy with the revolution of the Ancestry and 23andMe DNA services.  After spitting in a tube, creating an online account, and mailing a pre-labeled package a concise family history was e-mailed to me three weeks later.  However, since then big questions about the security and safety of our genetic privacy have been brought up.   I never imagined how much controversy was ahead after I submitted my test.

My  reason for bringing up this post, is because last October I received a notification from Ancestry. Due to the influx of more than 13,000 samples my DNA results had been “updated.” What they mean by updated is that they changed nearly 30% of my estimated results! I knew that the service works by tabulating and ultimately guesstimating portions of genetic markers.  I just did not thing the results could change so much.

It still aligns with some of my family research.  (By the way, I am still over 50% British.)  Some of my higher predictions like southern European and Spanish dropped to less than 4 percent each.  It was then replaced with 20% French and a percentage of German ancestry. Both sides of my family have colonial French roots all the way back to 1700, and I have a known if a Bavarian great-grandfather.  A surprising newspaper article confirmed another ancestor I mistook as a different origin as well.   In that paper,  I found a British great-great grandmother that was originally thought to be Spanish.  I am sure I will find some more proof as I continue to research.

I am much more understanding of the change now that I have done some research.  The more samples the company acquires the more markers can be identified and correctly placed.  I would not be surprised in if it changed again.

Are you nervous for your genetic information?

In preparation for this post, I read through many warning and cautionary tales about sending in DNA to these big companies.  There are many fears of people being denied insurance, charged for crimes, being passed over for jobs, and even cloned based off of the sample!  It’s a rabbit hole of what ifs and it happened to my friend…

These concerns are worth considering.  As of June 2018 it was estimated Ancestry’s DNA database contains over 9 million samples.  That is roughly the population size of Honduras or the state of New Jersey.

I live with the belief that anything placed online or uploaded is at risk.  When I sent in my DNA last November I was taking that risk.  I do believe more laws will come and greater security measures as well to meet the demand of privacy.  Or I could be wrong, and a brunette 5’2 mini-me is being created.  I just really hope they remove the risk of the adrenal tumor before creating her.

One thing I would like to clarify from my reading is the difference in the paid services and free sites.  All the criminals found through DNA searches were retrieved by loading crime scene DNA into open source non-profit groups. The big companies are not allowing this kind of open source sharing. (As of now anyway.)

There is also a positive side where people are connecting with long lost relatives.  Some even finding birth parents and half siblings!  It truly is the great unknown word of genetic matching, and I am in for the ride.

Would I do it again?  My answer is a solid probably.  My curiosity simply over turns my sense of fear.  Especially after finding my results shifted, I have used it as a guide to find if I’m on the track.  However, I don’t think of it as final.  It’s just part of the evolving story of me and my family history.

What was your DNA test experience? 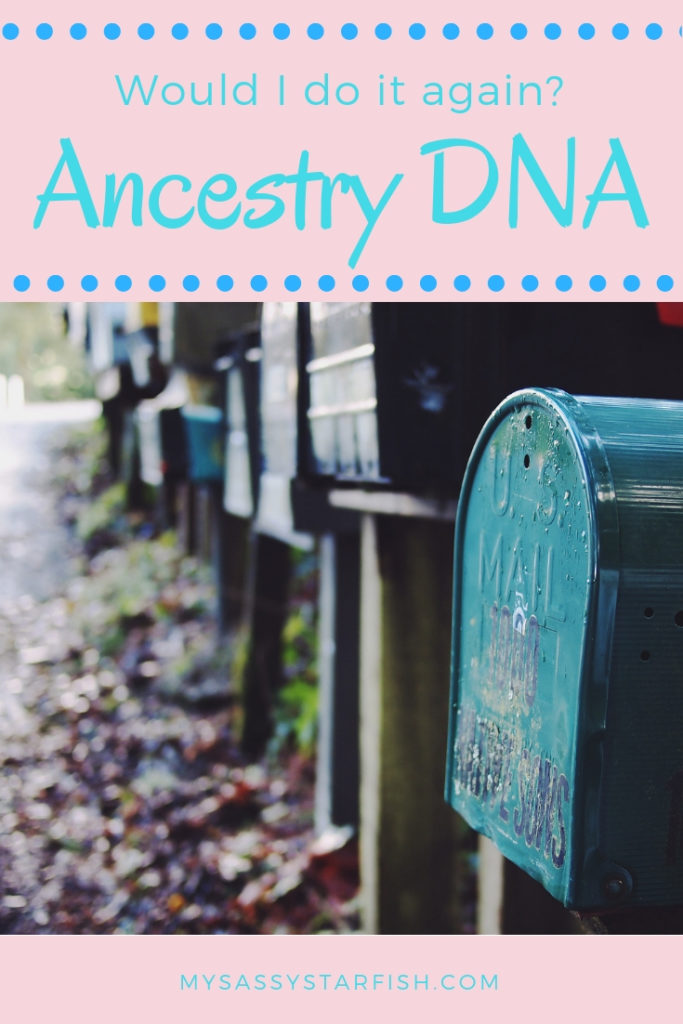